This originally ran in March 2014 on the website for Shadows: Heretic Kingdoms. 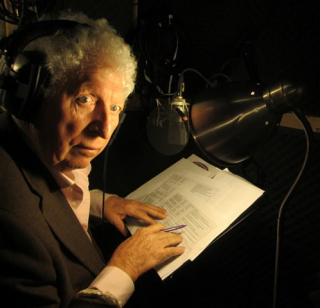 Previously I told the story of the origin of the Heretic Kingdoms setting and of Kult: Heretic Kingdoms' hybrid design, which shared elements of both Western and Japanese RPGs. In this final part, I talk about one of the most fun parts of the production of this game: working with voice actor Tom Baker.

One of the consistent problems that Kult faced was how to get the most value out of its extremely modest budget, and there were distinct questions about what to do about voice recording. It wasn’t going to be possible to voice all the characters, but it was still an option to cast the main character and some of the other leading roles provided we stuck to just a few of the key conversations. But I began to think that our best chance of success was to pick one really good voice actor and have them record narration for the painted cut scenes that were our cost-effective way of advancing the narrative. Almost immediately, I wondered about the former Doctor Who, Tom Baker. He was doing voiceovers for a number of TV shows at the time (including Little Britain) and one of the people I knew who worked in voice recording was able to get a quote for the work we needed. It was, on the whole, extremely reasonable – and I knew that it would be a huge asset to the project to have Tom as narrator.

At the time, Tom was living in France but was over in London periodically to work on various projects, so we were able to book a slot with him one of the days he was in the UK. Both myself and the recording technician had to catch a train down from Manchester to London in order to get to the studio we’d booked in Soho. It was a four hour session, more than enough for the core narration of the game since it was only about 200 lines. I’d already had a fair amount of experience working with voice actors who had a background in TV and radio in Discworld Noir, which had talent like Rob Brydon, Nigel Planer, Robert Llewelyn, and the inestimable Kate Robbins, delivering lines from my script (the first one of mine to be recorded, actually).

Meeting Tom was a dream come true for me, but I tried to remain professional. He too was the consummate professional, and arrived with extremely insightful questions about the script and suggestions for how to get the most out of the material. I remember a discussion about the word ‘inculcated’ in the script that showed a really masterful understanding both of English as a language and also fantasy as a genre. I had absolutely no problem with him during the recording of the narration – except that periodically he would launch into an entirely random anecdote about an ex-wife, or some incident in his past, and we would have to wait patiently for him to finish. Frankly, these only added to the experience and I had neither the need nor the desire to hurry him along.

We actually completed the narrator script in good time, and so I went on to have Tom begin to record the history books for the game. This was probably a mistake... we didn’t specifically need them, and it transpired there wasn’t actually enough time to complete recording all of them anyway. It proved rather taxing on Tom to get all the awkward names and sentences in place for the history books, and in the end I cancelled this part of the recording session and called it a day. Quite a day! It’s not that often you get to work with someone you admire and see just how good at his job he really is. Listening back to the sound files afterwards was extremely satisfying, and it was clear from the reviews that going with Tom had been a great choice for the project. In fact, one reviewer made a point of praising “the voice actors” – he hadn’t even noticed that we only had one voice for the entire game! That’s the value that a really great voice actor can add to a project.

All the way through, Kult had been short on time and money, and in the end we were definitely not going to be able to complete everything to the standard we would have liked. A decision was made at some point that we would focus on getting the game balance right for the main body of the game, and not worry too much about the ending. The result was that the final battles are actually really quite easy – but anyone who was hooked into the game mechanics and the story were thoroughly into the game at that point and they didn’t need a knock-you-flat end of game boss to come away having had an enjoyable experience. I’m sure other game designers would have felt it necessary to work on making the final boss a mountain to climb – but it’s not really my style. I’d rather give an interesting game experience than a vicious challenge any day of the week, although I have great respect for the difficulty involved in making a satisfying challenge. Honestly, though, there’s no shortage of challenges in videogames – but interesting experiences are a little harder to come by.

One casualty of the rush to finish was the difficulty settings: we really only balanced the game for the normal difficulty (and even then, only the first three quarters of the game). All the other difficulty levels were effectively an afterthought, and I really don’t know how satisfying they were to play – although I’m doubtful they came out well under the circumstances. Still, I figure it’s better to have the option to adjust the difficulty (even a badly balanced option) than to not have it at all, especially since it was in essence just a few changes to the parameters of the core combat mechanics.

When the game came out, I didn’t know what to expect from the reviews but in the end I was thrilled by how it was received. Of course, there were reviewers who couldn’t get past the game’s technical limitations or who didn’t see anything new in the design for whatever reason, but there were a wealth of reviews praising both the story and the attunement system. Worth Playing gave it 90% and were particularly impressed by the depth of the skill system, while Boomtown, Game Chronicles, and Gamer’s Hell gave it 80% and considered both the game mechanics and the story to be innovative. Four Fat Chicks also gave it 80% and said it was “fun, fun, fun and destined to be a sleeper hit” – which is an extremely gratifying thing to read about a game you worked on. Game Over Online and My Gamer both gave it a 78%, the former saying that it “does more new things in one game than I’ve seen in the last dozen games I’ve played combined” while the latter suggested that it “proves that innovation is alive and well”.

I’ve worked on over forty videogames at this point in my career [more like eighty now!], but there’ll always be a special place in my heart for this little EuroRPG that gave International Hobo and 3D People (now Games Farm) a chance to show that even when you don’t have a mega-budget, you can still make a game which offers an engaging experience and a memorable story if you’re just willing to take a few chances, put in the legwork, and keep believing that if you make a game with something to offer, the smart gamers will eventually find it.