How To Bridge the Inside-Outside Divide 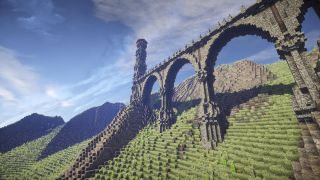 The biggest problem facing any company working with consultants is how you deal with the fact that the consultants are 'outside' and the team is 'inside'. Or at least, that's how it often seems...

Now there certainly can be problems between the internal teams and any external teams working on a project, and it's worth considering how to address these. But in fact, every company already has a far bigger divide that it has to bridge daily - the top-bottom divide, that is, the manager-team divide. Because although there are a tiny number of small enterprises that operate with internal equality, for the most part the role of the manager or producer is an unavoidable cost of doing business. And it is the manager role itself that can create the biggest problems when a team isn't quite working as intended.

There is a prevailing mythos in business that the manager, being higher up in the corporate hierarchy, can see further, and therefore can make good decisions to steer the team - like the Captain of a ship or the commander of a military unit. But this risks devolving into nonsense, as anyone who has worked on restructuring organisations can attest. It is not the case that the manager has access to a special perspective by virtue of their position (although they may have that insight by virtue of their skills and experience). In fact, it is quite the opposite: the manager is quite frequently the key bottleneck in a team's ability to operate.

For all but a vanishingly small number of organisations, the manager has to bridge between the constraints being imposed top down (including financial, market, and governmental constraints) and the problems being experienced bottom up (including operational problems, clashes of personality, and breakdowns in communication). As a result, a depressingly large number of managers find themselves in a position that is pragmatically impossible because there aren't enough hours in a day to thread the needle. So they end up either siding with what's above them, where they risk becoming a slave driver, or siding with those below them, and thus risk becoming a loose cannon.

What can you do?

What's a Consultant For...?

What a good consultant brings to the table in any situation is an external perspective. As consultants, we have to understand all the constraints that operate on a project, but - unlike managers - we aren't caught up in the operational complexities and so have greater freedom to reflect upon the possible meanings of those constraints. That's part of the advantage that hiring a good consultant brings to the table - not only the benefit of an external view for a 'sanity check' on what's being attempted, but also the luxury of a little space to think about the problems being faced and how they can be solved.

A key principle of how International Hobo consults on all its projects (whether in the games industry or otherwise) is that those on the 'outside' are in an advantageous position to spot problems, but we are at a disadvantage when it comes to establishing which possible solutions have the best chance of solving the problem. That's because solutions to problems are operational - these have to be resolved by managers listening to the issues those problems present at the team level before putting any possible solution into action.

It is also worth noting that the first solution attempted is not always the correct one - too many companies get caught up in sunk cost fallacies about solutions that have already failed and miss their chance to pivot onto alternative solutions. A good way to resolve this is to have multiple solutions to problems from the outset, and have the team rank-order these solutions. That way, if the first solution proves inappropriate, you have a Plan B (or even C or D...) in your back pocket.

We take pride when we conduct a design audit for any project, and that's evident in the way we present the potential problems we identify as entirely separate from any proposed solutions. We may have insight on what's causing problems because we are 'outside' but that comes with a necessary disadvantage at judging the efficacy of solutions for exactly the same reason.

As a result, you don't need to bridge the inside-outside divide when you're working with a good consultant: you just need to make that divide work for you.

Next week, the tricky problem of incorporating external feedback.