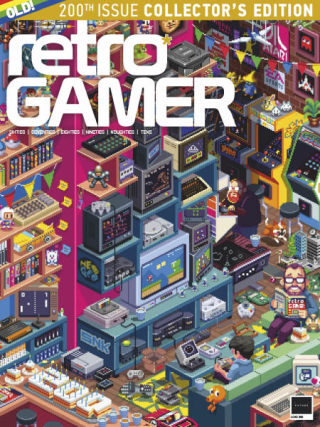 The tenacious videogame print magazine, Retro Gamer, has a special 200th issue this month, with a fantastic set of articles covering the history of games. International Hobo's founder Chris Bateman was interviewed for a piece on the origins and legacy of the open world genre, a topic Chris has extensively researched. Here's an extract:

"The genesis of the open world happens entirely in the United Kingdom in two key years, 1984 and 1985," explains Chris Bateman, founder of ihobo, the studio behind Silk, an open world game inspired by games like The Lords of Midnight, Eye of the Beholder, and The Bards Tale. "Elite, The Lords of Midnight, Paradroid, and Mercenary all laid out ways of giving the player maximum agency with the relatively minimal resources of the ZX Spectrum, Commodore 64, and Amstrad." Chris points out that Elite "directly inspired DMA in making the GTA franchise.".

Retro Gamer #200 is in all good newsagents now.