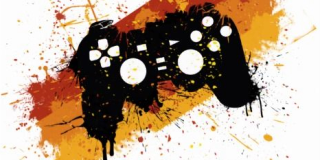 The one thing that all gamers can claim is a love of videogames. But which games? There are more players today than ever before, but there's a stark difference between those who are playing almost exclusively the impressive big budget spectacles at the top of the market and others, stealthily lurking in the corners, with far more diverse tastes in games. Between the megagamers and the gaming underground.

If the majority of your time is spent playing videogames which have or have had a million or more players, you're a megagamer. Your media diet is focussed on the big brand fast food titles – GTA, Zelda, Assassin's Creed, Mario, Call of Duty, Pokémon... basically anything that might get mentioned at E3 and released in Q4. Megagamers are the lifeblood of the games industry, because without these fans of the big games, there'd be no specialist hardware for games at all – no new consoles, no new graphics cards for PC. Megagamers ensure games get bigger, better, and badder year on year, and we all benefit directly or indirectly from the AAA industry that serves them.

But megagamers are also the battery chickens of the videogame barnyard. There is not a great deal of variety in their diet. According to NPD's report for 2018, more than half of the top selling titles belong to just two genres ('go anywhere/kill anything' open worlds, and multiplayer gun games). 90% of these chart-topping games are franchise sequels and the remaining 10% are licensed IP (in fact, a full quarter of these games are licensed).

If you were interested in the creative power of the medium of games, asking the megagamers isn't a great place to start. To really take chances with games requires a project that has a smaller budget, fewer players, and greater creative license, for exactly the same reasons Hollywood blockbusters are inevitably more formulaic than arthouse movies. The players that are tuned into this exciting secret world of games are something radically different from the megagamers...

If you spend more time playing indie games than AAA, chances are you're part of the gamer underground. These players (which include many game reviewers but are a much wider crowd than that) still play several of the big releases, but their tastes go wider and deeper than the megagamers. Some like to sample a little bit of everything; their Steam libraries are like an A to Z of the last decade of games, and they're still working on playing them all. Some have strange and wonderful tastes in games that are simply not satisfied by the familiar franchises. Some have a passion for the obscure, the outlandish, the curious titles that defy expectations and categorisation. They were playing Minecraft when it cost less than $5 to buy. They helped make Undertale a hit. They were annoyed by Pathologic 2's Metacritic score because it obscured what was interesting about the game (as Metacritic almost inevitably will because of its extremely blunt algorithm).

The players of the underground are free range gamers – they won't be stuck in AAA cages, they have to wander through the entire landscape of games, searching for interesting, novel, unusual, and undiscovered oddities. Without them, we'd all miss out on so many of the fascinating curiosities that are hidden away in a market now so impossibly varied in its niches that nobody will ever again be able to claim to have played everything.

Megagamers are the beating heart of the games industry, but the gaming underground are its soul. They are willing to take the time to understand what makes every game special, and are willing to look far beyond production values when judging what they are playing. They don't like everything and they can be scathing in their critique when their ire is enflamed, but without them, videogames would rapidly devolve into a bland monoculture of familiarity. They are the unsung champions of everything and anything that dwells in the uncharted wilderness at the fringes of gaming. And it is these heroic outsiders that make me proud to make videogames.

Are you part of the gaming underground? Do you know of a forgotten classic or invisible new release that was either overlooked or misunderstood? We love to hear about obscure oddities and games that don't or didn't get talked about. You can comment here or flag us up at @ihobogames on Twitter. We'll be happy to share anything you've written about anything off the beaten track of games.