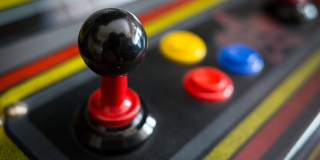 Starting on Only a Game this week, a ten part mini-serial called Arcade Cyborgs, that looks at the moral aspects of classic arcade games.

The mini-serial coincides with the imminent release of the ebook edition of The Virtuous Cyborg, which inspired the '100 Cyborgs in 500 words' serial. If you're interested in the way videogames have a leading role in technology ethics, and the way that computers, games consoles, and smartphones are influencing our behaviours, be sure to check out the book!

The first two parts of Arcade Cyborgs are already up!

The remaining eight parts will be released every Tuesday and Thursday throughout June and July. 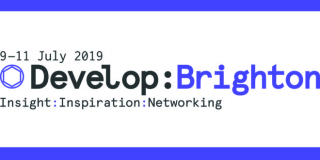 International Hobo's Chris Bateman returns this July to the UK's finest game developers conference, Develop: Brighton. He will be presenting The Narrative Design Survival Guide, a bracing journey through the secret relationships between conventional story planning (characters, plot, and theme) and game narrative (players, worlds, and actions). Whether you're a writer, a designer, or just part of a development team, you'll get entirely new perspective on how to get the most out of your projects by joining Chris on a tour of the unseen connections between stories and games.

The Narrative Design Survival Guide is in Room 2 on Tuesday 9th July 2019 at 12 noon.