Beyond Choice in Game Narrative

An open letter to Caroline Marchal and John Yorke as part of the Republic of Bloggers. 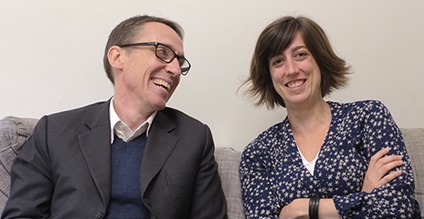 Thank you for your presentation yesterday at Develop: Brighton, “Relatable Characters, Depth, and Agency: How to Make Players Care About Your Story”, which left me feeling rather animated – albeit largely because of the depths of my dissent with the perspective on game storytelling that had just been presented!

However, I should like to open by expressing my deep agreement on two key points. Firstly, that theme is poorly understood and executed in game narrative; I cannot adequately express how great it is to hear other game writers make this crucial point. Secondly, that the majority of game writing falls short in terms of characterisation: far too many people working on game stories think story is synonymous with plot and therefore fail to adequately provide interesting characters. The model of wants and needs provided in your talk will certainly be helpful for anyone getting to grips with the tools of character arc construction.

Outside of these points, however, I must express my intense disagreement with the fundamentals of the way the two of you are presenting the task of the game writer. I should like to take this opportunity to make clear why I disagree, but also to recognise that on many of the points I am going to raise, you might well agree with me – it may simply be that the structure of your talk obfuscates some of the subtleties I want to draw out in this blog-letter. For this, I can only apologise in advance, and hope that the discussion itself will prove its own reward.

There are, I think, two main problems with game writing today. The first is that too many of the people working on stories in games have a great appreciation for the toolkit of game design but too little an appreciation for the vast toolkit for narrative… To have experimented with short stories, or plays, or novels, is not a wasted effort for a game writer, but an opportunity to learn vital skills in story construction. The second problem is that there are rather too many ‘carpetbaggers’ (if you’ll forgive the allusion), which is to say, screenwriters who think that the problem with game stories is something that can only be solved by writers with experience in film and TV. Of the two, the latter might be more dangerous to games as an artistic medium, since someone who is game-literate can learn conventional narrative relatively easily (by attending your talk, for instance) but a screenwriter who believes that games must adapt to the conventions of screenplays is undertaking a certain kind of violence against the radical potential of game narrative.

A fundamental proposition of your talk was that “for maximum impact, players should be able to influence the protagonist’s arc.” You talk about the importance of agency – and it is correct that agency is a powerful player motive, as I made clear in my Develop: Brighton talk the previous day “What Players Want: Understanding Player Diversity.” But I fear the grail of narrative agency that most screenwriters coming to games seek is a rather narrow way of understanding game stories; it risks confusing the possibilities inherent in a particular kind of game for the potential of games as a medium. It elevates choice-making above the other experiences of games. Good game writers must understand the motives and experiences that are entailed in videogame play in order to not fall prey of the temptation to throw away most of the game design toolkit in order to align with the screenwriter’s toolkit.

You mentioned Sid Meier’s famous (mis)quote “a game is a series of interesting choices”… for your purposes, what he actually said would have been even more applicable: “a good game is a series of interesting choices” (i.e. he did not intend to define game, but rather make a claim about what was aesthetically valuable in games). Sid’s maxim is deeply misleading, however: it suggests that Guitar Hero is not a good game, since it requires no choice-making whatsoever. More worryingly from my perspective, it plays into the disgruntled chorus that complained of Dear Esther that it was “not a game”, instead of recognising the genius entailed in the thin play of Dear Esther, which did more to advance the possibilities of game narrative than any AAA released in the same year. Not that AAA games cannot do the same: The Legend of Zelda: The Breath of the Wild has one of the most innovative narrative structures I have yet encountered, and I have written at great length about how the central character in its story is Princess Zelda and not Link, per se, and how the fidelity between avatar and character in the case of Link is better than in the vast majority of games.

For me and my company, narrative design is the key skill that game writers must master if they are going to get to grips with our medium. We were the first consultancy to put game design and narrative talent under the same room (back in 1999), and the first to use the job title ‘Narrative Designer’ (back in 2002) – the term later spread out into the industry via the IGDA’s Game Writing Special Interest Group, which I founded and lead for five years. Narrative design, as myself and my colleague Richard Boon understand the term, is about understanding the inherent story potential in game structure and crafting a story that aligns with that potential.

I first presented on the topic back in 2001, presenting four examples of different structures for games – two of which (tree and ‘Christmas tree’) you included in your talk. (Another point of intense agreement with the two of you here: branching tree structure is suicide for videogame projects; the combinatorial explosion of content spells doom for both production and QA.) Your ‘Christmas tree’ structure is what I’ve called the parallel path approach… I think I misunderstood in your presentation that you meant those parallel paths to be solely reflected in dialogue, and not in content (hence my question at the end). For this I apologise… we are perhaps more in alignment on this matter than I gave credit at the time.

A fundamental tenet of the way Richard and I came to understand narrative design is that different games require different story techniques. If I look at the three games my company worked upon that are being released this year, for instance; Shadows: Awakening is a series of vignettes connected by the theme of whether the past irrevocably conditions who we become; Tropico 6 is commedia dell'arte set against the backdrop of a strategy game; The Persistence is a two-hander theatrical play set within a VR experience of numbingly recurrent death. Not one of these games could have succeeded by implementing your choice-driven three act structure technique – although that too, of course, is a solid model for a particular kind of game story, and your advice to structure three key choices against the same character question is insightful.

Near the end of your talk, you suggest that “writers have to abandon their god-like control over the protagonists destiny and story.” This is a true statement of the challenge of game writing…. but crafting a character space conditioned by choices is not to abandon that god-like control at all, but to become the god of a tiny multiverse instead of one corner of a universe. If you truly want to engage player agency, you have to find ways to allow players to exert their agency freely, without the writers sculpting those possibilities in advance – and that can also involve a kind of letting go, but need not involve yielding character stories to players. Indeed, it can provide new ways of bringing out the potential for character arcs precisely by placing them in a different relationship to player agency.

From the very beginning of my career as a narrative designer and writer, I was using choices to deepen the player experience, and I do not want to suggest that the choice is not a valuable technique in game writing. (All three of our games releasing this year make use of choices in various roles.) What I do want to suggest is that marrying choices to the protagonist’s arc is not the only way to draw upon agency in stories, nor to get players to care about stories. My first game as lead writer and designer was the award-winning Discworld Noir, for which I had the honour of working with Terry Pratchett (not then knighted!) as script editor, and from who I learned immeasurably. The site of agency in this game was not within the character arcs, but with the investigation – the player has tremendous freedom to advance the story through their choices of where and how to pursue their leads. Indeed, many players found ways to advance the story threads that I didn’t know were possible: I had successfully given up my ‘god-like control’ to the player by pursuing a game structure that might well have been slightly insane, for all that it did in fact work. But then, as Terry understood, “There’s a streak of madness in everyone who spends quality time with gods…”

Wishing you all the best in your future writing projects,

My thanks to everyone who attended my talk at Develop, and to every presenter who endured my questions after theirs!