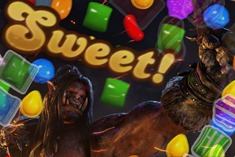 There has been much chatter in the corners of the internet comparing Disney’s $4.05 billion purchase of Lucasfilm to Activision-Blizzard’s $5.9 billion deal for Candy Crush’s King Digital Entertainment. A lot of this has been surprise or disappointment that the viral game company is worth more than the Star Wars franchise. This gets right which intellectual properties motivated the acquisitions. It gets wrong the way that market value operates.

In the case of a loaf of bread, an automobile, a vintage comic, or a Magic: The Gathering card, the market value of the thing in question is determined by the trade practices which give that value its meaning. That meaning is not subjective, because if I buy a mint condition Black Lotus for $27,000 I can be confident of selling it for the same or greater, all things being equal. Neither is it objective, in the way this term is usually used, because we cannot use a tricorder to measure that value (although we could use the internet...). The prices within these kinds of trade practices shows relative stability – except when events upend the apple cart e.g. when Wizards of the Coast (acquired by Hasbro in 1999 for $325 million) reprint an old card, savaging its value.

But billion dollar corporate acquisitions are not the same kind of trade practices as buying everyday objects and collectibles. That’s because the ‘object’ in question (legal ownership of a large company and its intellectual property) only gets purchased once. There is no way this can be stabilised by the practices of buyers and sellers, because each deal is a one-of-a-kind affair. The apparent 50% ‘extra value’ for King is not an objective measure of the companies worth, much less is it the creative worth of the Star Wars megatext, which is something that simply cannot be priced (although its commercial exploitation can be). Rather, each price represents what the specific buying corporation is willing to pay for the specific acquisition company.

King was valued at $7.6 billion just eighteen months ago: from the point of view of Activision-Blizzard, the largest games corporation on the planet, they were getting a sweet deal, not to mention plugging all sorts of gaps in their portfolio e.g. in viral games, female player communities etc. Admittedly, they’ve got there by purchasing a leaky ship. But the situation is not a million miles away from Microsoft purchasing Minecraft. They didn’t buy the most successful digital LEGO system to make a profit. They had money sat in the bank doing nothing, and absorbing Minecraft into their portfolio was a better investment than leaving it there.

You can’t judge the economics of the corporate giants as if their marketplace was like the ones we participate in, just on a grander scale. Corporate finance isn’t just escalated local market economics – it’s an utterly different game. If you really want to compare acquisitions, take the logarithm of the values in question. Lucasfilm was acquired at 9.6, King at 9.7. That tells you that they were both companies with fairly similar economic scales. Wizards of the Coast was 8.5. On the scales that corporations operate, the only way to process the vast amount of money entailed is to move far from thinking like a human.