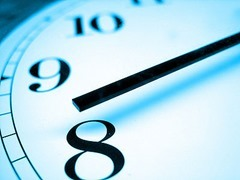 Not that long ago, the majority of videogames were made on the assumption that they would be played for forty hours. Now, games are being made to be played for longer and longer. What does this mean for those who make and play digital games?

After the decline of the arcade and the rise of the consoles with polygonal 3D rendering like Sony’s PlayStation and Sega’s Saturn in the mid-1990s, the dominant modes of play in the context of videogames were based around boxed products that were designed either to be played for 8-12 hours total, or to be played for 40 hours total. This forty hour play window became so orthodox that my partner in crime at International Hobo in the early 2000s, Richard Boon, felt the need to argue against it in the trade press in a piece entitled The Forty Hour Millstone. Of course, the norm didn’t change, and developers continued to aim for forty hours of content, perhaps fearing negative reviews if they fell short of the mark. For players outside of full time employment, forty hours could easily be racked up in one week, and with the production of games ramping up to greater numbers of titles at this time, the arrangement of the market for games meant that the gamers who played as a hobby could play something different every week if they wanted to. Many did just this.

The generation of consoles that followed saw the same general trend maintained, but also brought in many players who had not previously considered buying a console. Partly, this was because the increasingly film-like representations extended the appeal of videogames (in general terms), and partly it was because people wanted a DVD player and the PS2 gave them that with the bonus ability to play games. I found many ‘casual’ players in this era who had played just one videogame that they had bought with their first and only games console. As players who were not particularly ‘game literate’, their choice of game was largely down to the overt narrative content being advertised by the game box i.e. by assessing games in a similar way to films.

By the time the PS3, Xbox 360, and Wii were hitting the shelves, the forty hour model was already being challenged in significant ways by the rising popularity of World of Warcraft. It is almost unnecessary to mention any other massively multiplayer game at this point, except perhaps to comment how EverQuest cleared the way for WoW, and how that descended directly from the DIKUMUDs that emerged from the original MUD1. (Or to put it another way: how the UK invented a novel form of play, Europe modified it, and the US swooped in to monetize it). Forty hours meant nothing to the players of World of Warcraft… they might just be getting to the point of engagement with the community by that point. World of Warcraft is a game that is played as a hobby all on its own – just like the MUDs it directly descends from.

However, this was not a new phenomena. Magic the Gathering had established this kind of hobbyist dedication a decade before WoW, and Dungeons & Dragons had been played in the same mode twenty years before that! Indeed, at the tabletop it had long been the case that there were games open to be played in a hobby mode – hence the naming of the more complex tabletop games ‘hobby games’ (although most, it should be noted, are played 2-6 hours at a time, without the hobby-like commitment to a single game instance or campaign). Even earlier than that, sports and music had offered the chance for play that would be a lifetime practice, not a passing experience. In comparison to these, no single game can compete in terms of the dedication of its players, although if the player practices are abstracted from the individual games, perhaps a case could be made.

Nowadays, the forty hour model seems in decline – but it has not primarily been replaced with shorter play experiences. On the contrary, every major commercial game now attempts to ‘capture’ its audience for at least 200 hours, with multiplayer modes being the core method of retention. The forty hour model was a consequence of selling games-as-products, as boxed content that would be played then thrown onto a pile of completed games (although it turns out that the minority of players finish games). The 200 hour model is a consequence of selling games-as-services, with monetization now an on-going process throughout the time the players are engaged with the title in question. Even this is not new: arcade games in the 1980s were very much committed to the idea of taking money constantly, albeit a very small amount of cash for a relatively short amount of play (a quarter for a quarter of an hour, say), and with the profits distributed around many small business owners (arcades) as well as corporations.

One consequence of these longer play windows for games is that it’s harder for large game studios to break even than ever before, even though more money than ever before is coming into the digital games industry. The flow of money had always been concentrated, but the gap between market leaders and the rest continues to widen. It’s a pattern we’ve seen before. Dungeons & Dragons had made it difficult (but not impossible) for other tabletop role-playing game publishers to carve out a niche, just as Magic the Gathering had made it essentially impossible for anyone else to compete in the trading card game space (not withstanding Pokémon, which was made by the same company). World of Warcraft forced competitors to give their games away for free because they couldn’t compete directly with it’s critical mass of players and content. Now, every major game seeks the same kind of dominance over its space – Call of Duty is an illustrative franchise, since it now requires three large developers working on it in order to deliver content at the rate that would mean there is never a vulnerable opening for competitors to threaten its dominance.

The big money is no longer out to hold a player’s attention for forty hours, but to hold a player’s attention long enough to get the next game out, or to hold on to groups of players in the hope to pull in a few big spenders, or to hold the player’s attention throughout the year with events crafted to maintain appeal and bring back those who are slipping away into other games. Hobby players – those who commit to a game service over the long term – often play other games on the side, which is a tiny crumb of good news for indies making smaller games. Indeed, at the bottom of the market, there are perhaps greater opportunities for those who make games than ever before, but the lower market is competing for the scraps left over from the gorging behemoths above them, like crabs scuttling about for the tiny morsels that fall to the seabed after the giant sharks have fed.

Yet despite this, there are still spaces in the market where you can find players who buy multiple games of a similar kind. The computer role-playing game, which has always been the most popular genre in Japan, continues to attract players who complete one game before moving to the next, and the same appears to be true of horror games, and platformers (even though Nintendo is practically the only supplier of these for some insane reason!). More experiential games, including the derisively nicknamed ‘walking simulator’, similarly represent a space where shorter, more unique play experiences maintain a small but dedicated community of players. The same can be claimed of the point-and-click adventure, albeit solely in the context of Telltale Games, the reanimated corpse of LucasArts that can command million dollar budgets for projects no other developer could conceivably get greenlit.

The game-as-product approach where the forty hour model had dominated still survives, but only where it has proved difficult or impossible to tie players down for longer lengths of time. The market for videogames is ceasing to be one of packaged experience (like movies and novels) and becoming a fight for retention, as more and more games in the upper market shift their design towards training new hobby players in a ongoing economy. Look at Bungie’s shift from the boxed products of Halo to the endless service of Destiny. Forty hours is no longer the norm. Now, it’s a matter of keeping players for as long as you can, and getting as much money as possible out of them in the process. It’s an open question  whether players now are better or worse off than under the shadow of forty hours.

Do you have any thoughts on game length? Share your viewpoint in the comments!