Games Are Not Shoes 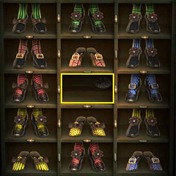 Earlier this week, Nicholas Lovell argued that the consequence of Steam allowing developers to set their own pricing will be the price of PC games heading for zero, as free-to-play economics effectively vanquish the opposition through market competition. His argument draws against classical economics, which he illustrates via an example with shoes. But missing from Nicholas' argument is the elephant in the room: games are not shoes.

As ever, I can't fault Nicholas' understanding of how free-to-play works or the implications of internet distribution as a disruptive technology. His latest book is built on analysis of these phenomena, and his arguments should be taken seriously. However, my latest book, Chaos Ethics, gives me a very different perspective, since my interest recently has been imagination and its implications for games, art, science, and ethics. In this particular case, looking at moral philosophy makes me very wary of thought experiments with seemingly innocent stipulations. As Allen Wood points out in the context of ethics, stipulations within thought experiments skew the conclusions in ways that are never as innocent as they first seem, leading us to conclusions that depend upon the stipulations as much as they do the thought experiment.

In this case, Nicholas' thought experiment is the 'marginal cost argument', which he constructs upon the example of pricing in the case of competing shoe factories. Once this competition begins (the thought experiment states) the price of shoes stabilise at the marginal cost, which is the cost to make each extra pair of shoes after the first. Nicholas then claims that since the marginal cost in digital distribution tends to zero (because digital copying is without significant cost), the price of digitally distributed games must also tend to zero. He notes that this "excludes the impact of marketing; it assumes that one pair of shoes is as good as another" - and this is the stipulation that actually undermines the thought experiment. Because as simple footwear, one shoe is indeed as good as another. But as entertainment, one game is never as good as another.

Before drawing this point out further I want to examine the framework that Nicholas' argument depends upon, namely that free-to-play is a new business model that is disruptive because digital distribution is a disruptive technology. The later point is spot on, but the former point is misleading. To see this, we can look at free-to-play not as a new business model but as the latest form of a very old game pricing strategy, variable pricing. The current clash between microtransaction-style variable pricing for games and retail-style fixed pricing for games is almost as old as the industry itself!

In the 1980s, the videogame market also had competition between fixed pricing - boxed games for consoles and home computers - and variable pricing - at that time, arcade coin drops. Arcade games were the original microtransaction games, making money one quarter at a time. Initially, pricing was variable simply because players didn't know how often they'd play an arcade game, but in 1985 Atari introduced the first disruptive pricing strategy for videogames with Gauntlet. Previously, one play cost you a quarter (or ten pence here in the UK) but Gauntlet let players decide how much to pay - by letting them have more health the more they paid. There were enough health pick ups in the game for one of its four players to play for free, but the others had to keep putting coins in the slot to keep up. One (nearly) free player was subsidized by up to three others pumping in coins. Today, it's more like 90% of players being subsidized by 10% ‘whales’, but the situations are still broadly analogous.

Now notice here how little marginal cost had to do with the economics of arcade games. That's because the purchase of the product (the arcade game) and the revenue generated (the coin drops) were actually disconnected by the nature of the business model. By the 1990s, the arcade boom lost ground because home consoles were able to offer better value in fixed pricing when compared to coin ops. Additionally - and crucially - the games designed to be played at home could offer entirely new game design concepts because unlike arcade games they didn't need to worry about how long the game would last, over-the-shoulder appeal, and other factors that were crucial in the design of arcade games.

The aesthetics of play that were possible on the home consoles turned out to have huge appeal, allowing for bigger, more explorable game worlds, deeper and longer narrative elements, and no requirement to queue for popular cabinets. The arcades survived by recognising what it was that they could do that home console games couldn't easily do - offer specialist hardware. Nowadays (outside of Japan, at least), arcade games are dominated by plastic guns, steering wheels, and dance pads, because arcade owners are better placed to buy these expensive pieces of kit than home players, who generally object to unnecessary extra hardware costs (such as, dare I say, Kinnect).

Despite how it might seem, similar factors still apply today because the desirability of a game is not simply a factor of price-of-entry. What a AAA fixed price game can deliver to players is (potentially, at least) a substantially deeper game experience than is possible in free-to-play, where getting a minimum viable product to market is a near-requirement, preventing the inclusion of more advanced features of the game world. If something like Grand Theft Auto IV or Assassin’s Creed: Black Flag had been financed on a free-to-play model, they would have been impossible – only the economics of fixed price premium console games justifies the astronomical development budgets. This isn’t even an exceptional case: look at cinema. Digital distribution has reduced the marginal cost in the film industry in just the same way as it has in games, but people still go to the movies and pay a fixed price to do so. This is because blockbuster movies – just like blockbuster games – are made on a high budget in order to ensure that cachet attaches to the resulting brand.

I said before that games are not shoes, in that if you just want to put something on your feet any shoe would do (the stipulation Nicholas' thought experiment crucially depends upon). But in fact, in a very real sense, games are like shoes. Despite the availability of very cheap footwear, Nike enjoys a 40% market share in the United States. Branded, well-made, well-marketed shoes do not trend towards marginal cost. In the same way, branded, well-designed, well-marketed games will not trend towards marginal cost, even on PC. It's just that such games will now face strong competition from microtransaction-funded games, in what might be called the Revenge of the Arcade.

Now in the race to not leave money on the table, the companies with a stake in console gaming could screw themselves over by making all their games offer aesthetics of play along similar lines to free-to-play games. That is a risk. But as long as publishers can maintain premium brands on console - such as Assassin's Creed, Grand Theft Auto, The Legend of Zelda,and Call of Duty - the pricing on PC will not trend towards zero, just as cinema ticket prices have not trended to zero. Rather, there will be a split between the market for variable priced games and the market for (largely) fixed priced games, with most players playing games in both styles. In this respect, what's new is only the possibility of making the lowest price of entry zero - which does follow from digital distribution, along the essential lines traced by the marginal cost argument.

One final point should be made: games are also not shoes because there is no such thing as an indie shoe. Almost all shoes are industrially produced, but some games are made by dedicated hobbyists who can risk commercial failure in the pursuit of their own aesthetic values for play. Since free-to-play - like the arcade before it – significantly affects the design of play there is substantial room in the market for games in indie niches at fixed price. Such games are not subject to classical economics because, like other artworks, their value depends in part upon their individual uniqueness. But unlike other artworks digital distribution means that when the wind is right, a small number of indie game titles can hit very big indeed. Just look at Minecraft. This kind of situation is never the case in a market that the marginal cost argument will hold for. Money affects design - it always did, as the arcades demonstrate. But not everyone is in it for the money, and those that aren’t can still hit it big when they get lucky. And that factor of luck, of the right idea at the right time, is something that classical economics has never been able to model.

My economy studies made an important difference between the fixed cost of manufacturing something and the per unit cost. Even if the latter is (almost) zero, the first must be compensated by the sales, and since the number of units that will be sold is never infinite, this will determine the absolute minimum of reasonable pricing.
Also, in my marketing classes, we made an important difference between common goods (cheap shoes) and luxury goods, where the latter is priced "unreasonably", but still being sold based on something else than the rationality of the buyer.

Altogether, my point is that the shoe allegory is pretty bad for explaining why F2P can be the only viable payment option. I think the F2P phenomenon is more related to the field of psychology than the field of economics. Predictably Irrational from Dan Ariely describes a lot of different experiments which - in my opinion - has a lot in common with F2P.

LateTide:
Thanks for this comment! I actually intended to write explicitly about how the cost of development needs to be recouped and that the free-to-play model thrives on low development cost, but in the end I just covered this by pointing out that the content of the AAAs would be impossible under free-to-play (the same point you make here regarding the fixed cost of manufacture, just expressed differently).

Nicholas' piece was a firestarter - he's aiming to drive a lively discussion - so it doubtless pushes further than in needs to in order to make its points. But I do believe that free-to-play economics are going to take over the lower market (indeed, they already have!) and perhaps the mid-market too. The exception - as noted at the end here - are the indie devs who aren't in it for the money but can still end up making money.

I also wonder whether games-as-products might make a comeback as free-to-play aesthetics of play distort games... gamer hobbyists in particular are choosy enough that they might be able to maintain their own niche markets. Indeed, they already do! :)