Kult Post-mortem (2): An RPG Between East and West 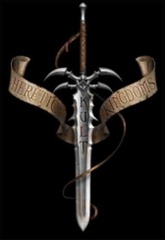 In the last post I shared the story of how Kult’s Heretic Kingdoms setting came about. This time, we look at how a shortage of time and budget led to a unique hybrid of Western and Japanese RPG game mechanics.

From Mechs to Mages

Ever since founding International Hobo I’d been arguing that superior design was a way of compensating for the disadvantages a lower-budget project faces. At the upper end of the market, games are constrained by the demands of publishers and the requirements of audiences, such that very little innovation happens at the top end of videogames except when new hardware creates an expectation of newness. Working on a rather meagre budget, Kult: Heretic Kingdoms needed to make the best use of its resources, and that meant getting a design that could support a lot of play without being too hard to implement. We threw around a lot of different ideas for how the mechanics could be constructed, but many of them were held back by the budget. We couldn’t, for instance, have an open world because there wasn’t the money to implement it. That constrained us to a linear sequence of levels, which immediately put us into a similar space to Japanese RPGs. Was there something else we could borrow from that lineage?

All of us working on the design team had recently played a rather marvellous turn-based RPG from Japan called Front Mission 3, a tactical mech game with much more of an emphasis on role-playing than other titles in that franchise. One interesting aspect of the game was that skills are unlocked by equipping different mech parts and then waiting for the skill to randomly activate – at which point they are learned and can be programmed into the mech’s battle computer. This was a highly absorbing part of the character advancement in that game, and we wondered if we could apply that mechanism to a fantasy RPG. This lead to the idea of attunements, abilities that would unlock from the player using different equipment items – with the additional benefit of giving the player reasons to care about all the equipment in the game (since each item has its own attunement) and so anyone trying to 100% the game would need to find and use all the items. However, the random chance element worked better in a turn-based game than in a real-time game, so we switched to an experience bar that would fill up. This mechanic worked even better than expected, and became one of the best aspects of the final design.

I had long felt that computer RPGs had become dragged down in the pointless logistics of stockpiling potions, and that many games – Baldur’s Gate: Dark Alliance, for instance – had weakened their combat gameplay to little more than a vacuous potion supermarket. I wanted a new approach to healing, something we hadn’t seen before – something reviewers might see and think ‘hey, that’s a little different from the usual!’ This is where the idea for Blood Points came from. The design concept was simple enough: whenever the player heals, they lose Blood Points that are only restored when they spend the night somewhere (like an inn). The Blood Points set the maximum Hit Point level, so every time the player loses Blood Points, they have fewer maximum Hit Points.

The net result is a slow process of attrition in the field as the player character gets more and more ragged the longer they go without a restful night. For gameplay pacing, it became necessary to ensure that there would be places to restore Blood Points to full at strategic points throughout the world, and so these became campfires. Whenever the player stopped at a campfire they would get their Blood Points restored and would be able to change their active attunements. Fires were thus positioned at the start of, and at certain distances within, all the dungeons. This also worked well with the story, since a number of campfires were used to trigger conversations with the NPCs.

The overall goals of this system were achieved – the player had to pace their survival in the field against their rate of loss of Hit Points (and hence of Blood Points) and decide if they would be able to survive to the next campfire or whether they would have to turn back to the previous one. The actual healing system was divisive, though. The player acquires healing items throughout the game that get steadily better i.e. they lose fewer Blood Points when they use them. But nothing stops the player using the healing items whenever they like, since the loss of Blood Points is proportional to the number of lost hit points. In practice, some players (including one on the design team) simply spammed the healing button constantly – which was not a satisfying play experience. Those players who got into the spirit of the healing system (including myself) were much happier with the way it worked. In fact, I think this is my favourite computer RPG healing mechanic so far. But it was also a little difficult to teach to the player, which was far from an ideal situation.

The basic damage equation in Kult is very similar to the standard Japanese RPG damage equation, where damage suffered is proportional to the difference between base damage caused and the defensive value (based upon the armour worn in Kult). However, there was a twist: a quarter of the damage prevented by armour still leaks through. This gave the combat quite a different feel from the typical Japanese RPG where if you are outclassed you just constantly score hits for 1 damage against the foes. Instead, a proportion of damage caused was always leaking through. The result of this system was that enemies were a little easier to kill than in some other games, but the player was also much more likely to die (you certainly had to be ready to hit your ‘Heal’ key at a moment’s notice!). I like the way this worked, it had a lot of character, but it was very difficult to keep the player corralled by strong monsters – since with a ranged or a magic character you could always peck away a foes HP quite easily.

Another part of the design that had mixed results was the Dreamworld. An ethereal other dimension exists alongside the physical world, and the player (as a mage) is able to enter it. This was part of the concept from the very beginning, and we didn’t change it significantly. Echoes of the past persist in the Dreamworld, and dimensional rifts could be seen there, as well as a few ghosts of the dead (who could be spoken with). The time the player can remain there is limited, but for the most part this didn’t present much of a restriction to the player’s activities.

In review, the overall design of the game was very well received, although several reviewers felt that we hadn’t done enough with the Dreamworld. This was a fair complaint, although it reflects the lack of time that the project had as a whole. The entire script for the game was written in one month – that’s how tight the development schedule was. No-one seemed to notice that the design was a blend of elements from Western and Japanese RPG design, but I suspect this just reflects the different expectations players have of EuroRPGs – such games generally aren’t as trammelled into familiar patterns as the now-familiar Western open world RPG (that Origin helped establish and Bethesda have made their own) or the extremely traditional Japanese RPG formulas. It was nice, however, to expressly design a game that could draw from both influences.

Next, the Final Part: From Tom Baker to Release