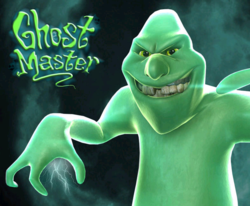 Fans of Ghost Master sometimes ask me about whether I'd consider a Kickstarter for a sequel. But getting the money would only be half the battle...

I'm a long time sceptic of Kickstarter for videogames, a grumpy cynic who fears many gamers will soon be cursing the vagaries of the development process when the project they backed transpires to be vapourware. But it is not that I am against crowdfunding - on the contrary, it has already achieved wonders for both comics and boardgames. It is just that videogame development is far from a clean cut proposition, and it is the vast minority of projects that run smoothly and on time. Kickstarter gives the illusion of offering you an incredibly extended pre-order capability, while it actually makes you into an investment broker motivated by products rather than profits. This is a difficult point for some gamers to wrap their heads around.

Investment in projects centred upon risk: what might make the project a commercial failure, and what problems might emerge that would require additional funds to keep the project ticking. A Kickstarter game doesn't (in principle, at least) have to worry about the first concern but it sure as hell has to worry about the second! Whereas every aspect of a boardgame can be accurately paper prototyped and play tested, videogames emerge only gradually and can only be properly balanced and tweaked very late in the process. It is not a surprise that many more game projects are started than are finished, nor that no investor has ever put money into a game, only ever into a company. That is, until Kickstarter...

Because of the horrific risks associated with game development, I would be very reluctant to pursue a Ghost Master Kickstarter unless I had first found a developer I felt had an excellent chance of delivering. I certainly would not want to raise the money and then look for a team - having the team would be the only way of knowing how much I needed to raise! Even without all the relevant information, though, my suspicion would be for a disconnect between the budget needed and the amount that could be crowdfunded. Still, this latter concern wouldn't be a deal breaker since I'd happily go fishing if I had a developer lined up who could do the job. Alas, I don't.

What would that developer need to be like? That question goes hand-in-hand with the problem of what kind of sequel the game would be. For a start, it now seems that the rights to the original are irretrievably lost because they were sold as a job-lot with all of the other Empire Interactive properties when the publisher went under. The current owners seem to view the Empire catalogue as a modest little earner, but they're not interested in messing about with individual IP as far as I've been able to ascertain. So it would have to be a spiritual successor at most - Master of Ghosts, not Ghost Master 2. I suspect everyone could live with that, though. However, I wouldn't be comfortable making a game that was of a lower standard of presentation than the original, and that sets severe constraints on the properties of the mystery developer...

The first and most important requirement is a team that already has AI code sufficiently similar to the original's functionality. The behaviour of the mortals is both the core of the game and the principal source of entertainment - the hapless humans must act with an illusion of plausibly, and react to each other accordingly. It literally took years to get this right with Ghost Master, and the only way to mitigate this risk is to start with a code base that's already halfway there - especially with pathfinding, which is always a nightmare.

The second requirement is for multiple artists. The animations for both the haunter powers and the mortal's responses is key to what makes Ghost Master such fun to play, and this would be impossible with a very small outfit. A lone programmer-artist is certainly out, and a mid-sized developer is likely to be required. Fortunately, a company of the necessary size is likely to have a  constant need for projects (or rather, for the cashflow that projects bring) which might make deal-brokering easier - especially since the new IP could be shared with them.

Lastly, any developer that could take on a Ghost Master semi-sequel would need either the buccaneer spirit to borrow from the original content without the IP rights, or access to sound legal advice. Much can be inherited without legal issue, but in the battlefield that is the courts the fear is often of the law suit being raised, not of the cause of action being valid. This makes cowards of everyone who draws salary from media franchises. Of course, everything could be entirely brand new, but that'd be a disappointing kind of sequel. I'd like for some of the haunters to return, and that might require a company with more than the average degree of moxie.

Well that's all the balloon-deflating, bubble-bursting, nit-picking. Anyone who has read this far is presumably a fan of the game, and even if a sequel never actually happened what I suspect they'd most like to know is what would it be like? I have a fair idea for this just from the discussions of Ghost Master 2 prior to the demise of Sick Puppies. Let's call this imaginary game Ghost Lord and fill in some blanks.

The key feature Ghost Master 2 would have had was the one speculated by Rhianna Pratchett in her review of the first one: a level editor. Although I adore the intricacies of the original game's custom-built levels, they came with twin costs: considerable implementation costs, and no possibility of community content. Ghost Lord would fix that by planning a tile-and-texture system from the start making it easy for both the team and the community to make their own levels. Planned from the outset with this feature, Ghost Lord might not have levels that are quite as nice as the original, but it could have more content - and could offer fans the opportunity to keep generating more.

This would require some changes to the haunters recruitment. I was not a fan of the puzzles of the first game, although I appreciate some fans might be. (The fact that some of the puzzle designs burned through my sanity while I was devising them may be a factor!). I would therefore prefer to focus on the game systems and downplay the custom puzzles, and this would be the best balance between ease of implementation and re-usability of assets, too. Custom puzzles would certainly be removed from the requirements for completing specific hauntings, but this would not preclude a swathe of achievement-like mission challenges for various bonuses, and these could include a variety of brain-bending problems that should hopefully keep puzzle-heads happy.

Although I would expect the mechanics to take two steps away from puzzle solving and one step towards RPG advancement systems, I don't think the puzzles would go completely. Part of the flavour of the first game is laying ghosts to rest in order to recruit them, and I'd want to keep this in some manner. Likely, most locations would have just one restless spirit, and some might have none. A ghost editor is a possibility, though, and this would mean even the community levels could have restless spirits. This would give more emphasis to the Mission: Impossible style haunter team selection - for me, this was always one of the most enjoyable aspects of the strategic play, anyway, as hauntings could go very differently with different spirits at hand.

The interface could be cleaned up quite a bit, but the fundamentals are sound in the original. I would quite like a design that would work on tablets (although I don't currently own one) as this would support mouse as well. Drag and drop haunter placement with fewer submenus is probably the way to go. I'm unsure about Orders - did anyone but me actually use them? Other than what I've mentioned, most aspects of the design would remain the same - powers, plasm, and foes are all aspects of the original I'm happy with, and although Insanity is a significant bit of extra work I would be reluctant to lose it. If anything, I'd like to heighten its effects so that it was competitive with Terror powers in terms of completion times.

There may never be a Ghost Master 2 or a Master of Ghosts or a Ghost Lord, but Kickstarter has changed how I think about the possibility of a sequel. I used to say that another Ghost Master was 'impossible'. Then, after trying to reaquire the IP, I updated that to 'unlikely'. With Kickstarter, it's now 'uncertain'. But one thing is clear: the game has a small but loyal fanbase who have kept this haunting sim from falling into a shallow grave, never to rattle its chains again. To them, and everyone else who has enjoyed Ghost Master over the years, I offer my gratitude. A game is nothing without its players.

The original Ghost Master PC game is available on Steam for $4.99, €4.99, or £2.99. Sadly, none of the talented people who worked on this game receive any money from its sale. You can read the two part postmortem of the game (Part One/Part Two) on my other blog, and the fan community is at Ghostmaster.net. Happy hauntings!

Thanks for the info, Chris. I'd be curious about the details of the human AI - anything that can be useful for an aspiring game dev.

LateTide: not sure what I can say about the AI, really, it was all finite state machines and custom scripts as I recall. Nothing like my draft AI, but much, much better than what I'd originally planned.

wait, I am a developer working on a project to make a sequel for ghostmaster (or spiritual successor if we cant secure the rights to the project)
we have about 7 people working on this, is there any way we could work together on this?

if you wish to contact us and or work with us, we would love to here from you
http://unofficialghostmaster2.weebly.com/

Too long, Didn't read. I want a squeal and I wont settle for less.

I found this to be a delightful gem of a game. It's heart breaking to know that it ended up causing your studio to close. This definitely deserved more love, and we need another game like it. Thank you for the work you put in. I hope life has been kind to you since you made it.

Thanks for the kind words, Zidders! It was a shame that Sick Puppies closed, but I'm still glad that this game was made - I've worked on over 40 videogames, but there's only three or four that I really value, and this is one of them.