Finishing Games Is Not The Issue 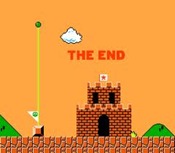 Every now and then, someone posts a study or an informal article about the incredibly high incompletion rate of videogames – the latest is by Blake Snow on CNN, entitled Why most people don’t finish video games. Some of Snow’s points are correct – the rise of online multiplayer has been a significant change in the economics of the hobbyist and ‘midcore’ market for games. But in this and every other report of this kind I’ve seen, there is a fundamental misunderstanding about finishing games.

Players by and large do not finish games, because a player’s enjoyment of a game has nothing to do with whether or not they finish the game. It is perfectly possible for a player to leave a game unfinished and still feel they have had excellent value for money from it – especially with a playground world like GTA. In our player studies, we found many people who would mess around in Vice City or San Andreas when they got home from work who simply didn’t care about whether they would ever finish the game. The game was entertaining them immensely – finishing it was not a factor.

There are a small group of players (about 10% according to BrainHex) who do care very much about finishing, and fit the archetype of the Achiever – the player who wants to see and learn everything about a game. Also, some Conqueror-style players (a subset of the 28% of Conquerors reported by BrainHex) may dislike a game they don’t finish because they feel it has beaten them. But for the most part, there is a large quantity of players (hard to put a number on it, but at least half and possibly as much as two thirds) out there for whom these issues simply don’t matter – and largely never have.

The important issue isn’t finish rates but retention rates. Around the time we were publishing 21st Century Game Design, International Hobo was realising that a key measure of the commercial success of games was the play window – the duration that the game is being played by its audience, in days, weeks, months or years. This is not to be confused with the play time for a game – the number of hours of actual play that can be racked up before completion. Play windows are about the number of days a game is being played (possibly in parallel with other games), where the game is played on average at least once a week. Naturally, the play window differs according to the type of game, and according to the player in question, but you can gather statistics on it easily enough. It was striking, even back then, that easy to play proto-casual games like Tetris were able to produce play windows measured in months or even years among mass market players, an important fact concealed by a focus on completion percentages.

Computer role-playing games have always had long play windows because they’ve always had long play lengths – typically 40-80 hours. But the kind of content, both in terms of setting (sci-fi or fantasy) and mechanics (strategic advancement, tactical battles) were always off-putting to a wider market. It’s no coincidence that the prevailing trend of the last decade has been the export of RPG mechanics to every kind of game imaginable, as I discussed in The Life and Times of Dungeons and Dragons, and also in my new book, Imaginary Games. Modern Warfare’s astronomical success isn’t really attributable to its online multiplayer mode – we’ve had modes like this for a long time – but to their RPG-like reward schedules tied to that mode. Similarly, FarmVille and so forth inherit from Harvest Moon an RPG-like structure, but exported to a more mass market-friendly context.

What’s happening right now is a shift towards games-as-service and away from games as product. The sign of this shift is the longer play windows – Modern Warfare is showing 200+ hour play times supporting near continuous play windows if the next boxed version is taken as a re-subscription to that particular service. World of Warcraft has play windows for some players measured in years. But a natural consequence of long play windows is a desire to monetize that long interest, and not just take money once. World of Warcraft has its subscription fee, for instance. Social games like FarmVille have micro-transactions. Modern Warfare is about to have its own pay service to help cover this base.

I used to argue that the low completion rates were evidence that games were too hard for the majority of players. As it happens, this claim was correct although the evidence wasn’t the low completion rate but rather the small number of games being purchased by mass market players. However, because sale of games isn’t tracked in a way that enables hobbyists to be separated from the mass market for games, this kind of information has remained largely invisible, even though anyone involved in tracking sales data is well aware that it is a factor.

There is a statistic called the software tie ratio for a console is the number of games purchased on average, but this value is offered as an average across the entire console, and is thus largely meaningless. Does the PlayStations 15.9 to 1 tie ratio mean a typical PSOne owner had 16 games? No, it doesn’t. It means most PSOne owners had fewer than 16 games, and a smaller minority had considerably more than 16, thus skewing the statistic. Software tie ratios need to be broken into at least two segments to get a true picture of sales for a console, something that is rarely actually done, simply because doing so is quite impractical.

For platform holders like Sony and Microsoft who sell their consoles initially at a loss, tie ratio is important as they also make money on each unit of software sold – a high tie ratio means they aren’t losing money in the long term. (Nintendo never sells consoles at a loss, so this is less important for them). But for developers, tie ratio tells you very little about a platform other than being a rough indicator of whether anyone is buying software. A high tie ratio might mean your game will be bought – but given that most software sold is in that narrow band of 5% hit titles, it’s by no means a given.

Mass market players are much more selective about what they buy, and they consequently tend to experience longer play windows out of games. I don’t know many hobbyists who got more than a week or a month out of Wii Sports, whereas many mass market players cleared a year with this game. Relatedly, mass market individual tie ratios tend to be very low indeed – 2 or 3, compared to hobbyists who could be anywhere in the range 10-100. Box products still make some sense for developers targeting the hobbyists because of the sheer volume of games they buy during the lifespan of a given platform – but as the hit games (e.g. Modern Warfare) increasingly switch to functioning as games-as-service, it seems likely that tie ratios will fall as fewer and fewer games absorb more and more attention over longer and longer play windows.. The rising cost of development hardly helps matters.

The question of how many players finish there games has very little to teach us about the way people play videogames, and certainly can’t be used as a proxy for customer satisfaction – plenty of players enjoyed games they never finished, either because it became too hard or because they just weren’t that involved in the expected path through the game. And even those that stop playing a game because it gets too hard wouldn’t necessarily be happier with an easier game – Conqueror and Mastermind style players (almost 50% of the audience according to BrainHex) may stop a game that gets too hard, but a great many would stop a game that was too easy even sooner.

As we move deeper into games-as-service, questions about how many players finish individual games are going to become increasingly arbitrary, as finite game content is going to become ever more marginal in the marketplace. It’s already the case that the only reason a top-of-the-range FPS even needs a single-player game is that its review scores suffer hugely without it. The question of play window used to be about the length of play time and the potential replay value, and the latter was always a questionable matter because players who finish generally stop playing. Now, play window is about how long the game can leave the player believing they will continue to have fun, or equivalently, thinking of things they want to achieve in the near future. Looking forward, players still won’t be finishing their games – but they will probably be enjoying those they do play for even longer than ever before.