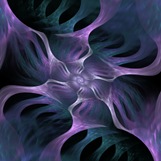 Where does the games as art debate go now? How much do stereotypes of "the gamer" dominate and distort perspectives of games in culture? Can counterplay and co-creation in games change the relationship between the makers and players of games? Issues such as these were the focus of lively debate in-and-out of the conference halls at Videogame Cultures 3 in Oxford University’s Mansfield College.

The contemporary collision of traditional and the futuristic was underlined at this event by the architecture: the late Victorian “Queen Anne” style quadrangle building sits uncomfortably in the shadow of a modern steel-and-glass monstrosity that lurks in the background as if superimposed for an episode of Doctor Who. The oak wooden door to the conference eerily opens on its own as you approach.

I really didn’t know what I was getting myself into, but I can honestly say that this was far more than a typical academic conference – the camaraderie of an industry event like GDC coupled with the intimacy of a small conference (fewer than forty people in attendance) led to great opportunities for lively discussions that commenced within the programme to leak outwards into the pubs of Oxford during the night, and on in many cases into the early hours of the morning.

Hosted by Inter-disciplinary.net, an implausibly wild organisation that consists of hubs with titles like “Transformations” and “Evil”, and individual programmes on everything from Eroticism to Whiteness, I was slightly disappointed that for the most part it felt largely like a conventional game studies crowd – where were the psychologists, the economists, the law theorists? But this complaint is rather unjust since, as was pointed out to me, the event did feature presentations that offered radically diverse approaches to videogames, from literary and media theorists and virtual world researchers on one end of the scale through to philosophers and bloggers at the other, this was a long way from presenting a unified approach to the topics at hand, and all the better because of it. Besides, although interest in game studies is high at the moment and many universities now offer a degree in video game design or something equivalent, most discussion of game studies is still of a very low standard. That simply wasn't the case at this event.

My own presentation, a highly condensed version of Imaginary Games, was in the opening panel. This turned out to be one of my favourite sets of papers just because they fitted together so perfectly – Belgian philosopher and artist Christophe Bruchansky went first, presenting a semiotic approach to games that Corvus Elrod would have been proud of, then after my piece, Adam Ruch pushed the idea of a tyranny of 'game-fun’ while looking strangely like Corvus Elrod without the handlebar moustache. All three of us drew from each other’s papers on the fly, and the discussions afterwards became incredibly animated – especially on the matter of the artistic status and lack of esteem afforded the medium of games – setting a level of energy that was sustained for the most part throughout the conference.

Felan Parker’s later piece on artgames (referencing Passage, The Graveyard and The Marriage amongst others) put this issue of games as art into further context by considering the historical circumstances by which cultural products are legitimised as worthy of esteem, while Mathias Fuchs considered the use of ‘ludic interfaces’ in art installations and games, while also discussing how exciting new interfaces like the mouse quickly become “domesticated”. Julienne Greer delivered one of my favourite presentations of the conference, discussing digital companions in games such as Shadow of the Colossus (argo) and Portal (GLaDOS) from the perspective of an actress and a performer – as well as being the most consistently animated source of weird and wonderful new perspectives on just about everyone’s work.

Still in the context of the interface between games and art, conference chair Daniel Riha asked questions about whether the capacity for a simulation to be subverted in ways people find shocking is a viable argument for not exploring historical situations via games, while Kris Lee presented an early version of his artistically-motivated game that explores the experience of limerence – the romantic obsession with an individual that comes to dominate a person’s life as they fantasise about a fulfilment that may never happen. (This topic was to prove interesting in late night discussions after one too many glasses of The Singleton). Dimitrios Pavlounis’ discussion of co-creation also dealt with aesthetic issues, looking at the way a game like LittleBigPlanet conceals the labour of level design by pretending its play, while other games such as Minecraft seamlessly blend the two activities, and although not intended as an aesthetic exploration I found Rowan Tulloch’s analysis of health as a representation perfectly adapted to negative enforcement learning to be highly stimulating.

The question of subversion and transgression came up on many fronts. On one hand, it ranged from Cameron Vaziri’s account of the micro-resistance of players who subvert the political order internal to games to Dale Leorke’s exploration of counterplay and countergaming in the context of location based gaming. On the other, Jen Jenson and Nick Taylor denied sex-swapping in avatars can be construed as trangressive (emphasising their point by switching name badges for the conference), while Kelly Bergstrom and Steph Fisher explored the way gamers distance themselves from the stereotype of “that guy” – the sweaty basement addict with a lack of that mythical substance, self-control. Marian Carr arguably went further, suggesting that gender identity in hobbies were being distorted by the use of the term ‘gamer’, and contributing to the failure for the industry to attract female talent.

My favourite of the questions about transgression came from Nick Webber, whose spirited defence of the right for players to engage in griefing denied last-day fatigue to generate a flurry of fascinating questions and consequent discussions. Although not a griefer himself, Nick tore across the usual assumptions of how to deal with the topic, and suggested that policing against griefers did not reflect a social consensus, but rather a pandering to a vocal minority. This talk was only topped in the conference in terms of laying the smackdown by veteran firebrand Suzanne de Castell who bitch-slapped the entire field of virtual world research for the shoddiness of their methods in a polemic that was, frankly, richly deserved, but that will probably fall on rather deaf ears.

The ‘cultures’ part of the conference title was amply demonstrated in Cat Goodfellow’s descriptions of the connection between post-Soviet identity politics and Russian games, Marcelo Simão de Vasconcellos discussion of serious games for health communication in Brazil, and Philip Lin’s analysis of “militainment” from both a Western and Eastern cultural standpoint, while Jumanne Donahue proposed possible methods for capturing cultural value data in games in a voice like being bathed in honey. The theme also emerged in go-to-guy Ewan Kirkland’s discussion of the tacit prejudice of “orientalism” in LittleBigPlanet, although Ewan himself made perhaps a greater impact as the driving force behind the regular evening think-and-drink sessions, that grew later and later with each passing night.

The interdisciplinary aspect of the event worked in a slightly subtle fashion - Jan Argasiński’s case for game studies as software studies, for instance, felt like it was on its home turf despite operating against the conventional paradigm for game studies. Also, a nice touch was a set of workshops for attendees lacking in experience with games run by soon-to-be husband and wife team Monica Evans and Tim Christopher, while their colleague Jacob Naasz (inescapably looking like a younger, smarter Jack Black) discussed options for rapid prototyping that had me thinking about actually making a short videogame for the first time in years.

Finally, this blog post would be incomplete without a shout out to Ben Abraham, who explored the capacity for bloggers to be considered domain experts. (During his session, I got to be Levi Bryant, which was a blast!) This talk lead to a challenge from me about the claim that “the Wikipedia is widely considered an expert” that produced fascinating perspectives from the whole panel on the topic of the infamous web resource, combining equal parts scepticism and respect for the epistemological credentials of the site. I spent my last night in the pub having a great discussion with Ben on everything from philosophy to Australian politics, before inviting the survivors up to my penthouse for one final, spirited, late-night discussion. The hangovers at breakfast the following morning were a badge of honour as we scattered to the four winds on a beautiful Monday morning…

It was the third of my five conferences this Summer, but the remaining two would have to be quite incredible to come even close to topping the fascinatingly eclectic collision of ideas at this event.

The opening image is Spring, by Vitor, taken from here on his Fractal Forest website with implicit permission. The artists retains all rights to this image.