A Toy Chest for Game Design 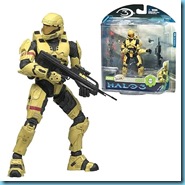 How can prop theory assist game design? One potentially illuminating application is by narrowing the gap between what the developer sees and what the player experiences by conceiving both the assets and the play in terms of toys – specific props for play. In this piece (and its companion which follows next week) I present a slightly different way of thinking about game design – one in which every game is effectively a toy chest – and encourage game designers to think about digital games more playfully.

When a medium to large digital game developer works on a project, there are sure to be 'asset lists. The term, inherited from corporate business in general, is intended to be a breakdown of all the resources that can be used – a catalogue of graphical data (e.g. poly models and textures) and animations, as well as the elements of the game engine, the various subsystems that make anything work (e.g. interface, renderer, AI). This is a very nuts and bolts way of seeing a game project.

The player, on the other hand, encounters all of this content not in the form of an asset list but in the context of the fictional world of the game. They do not see (unless they too are game developers) textures, poly models and a renderer, but they see a car, a gun, an alien, a building or what have you. They experience the game props directly, through the fictional world of the game. The assets used to generate those props are no more important to the player than the sets and props used when shooting a movie are for the audience in the theatre. They may want to see them at some other time in that context, say, when they are watching a “making of” documentary, but they aren’t interested in them in this way when they are enjoying the film.

One possible way for prop theory to feed into game design practices, then, is to present some aspect of the design paperwork – perhaps just the concept design (the high level description of how everything works), or perhaps a full game design (the detailed description of how everything interrelates) from the perspective of the props involved in the game. Or, to put it another way, rather than breaking down the asset list by the individual classes of asset, present the asset list how the player experiences its content. So, for instance, a Nazi soldier in a WWII FPS game appears in a catalogue of props as exactly that – a Nazi soldier. If the game has multiple humanoid opponents, they appear in the prop list individually – so a Zombie is a different prop to a Nazi soldier, even if they share certain common components.

For convenience, the props can be sorted by type, allowing common elements to be referenced in one place. Both the Nazi soldier and the Zombie are particular kinds of doll, in the sense I have contrasted with avatar, although they are enemy dolls (or action figures, for those who get held up on the gender implications of ‘doll’). In this sense, what I am proposing here is related to object-orientation in programming – but what is intended by pursuing the prop perspective is to take upon the object-oriented view from the player’s perspective, not from the perspective of implementation. (It is possible, of course, that narrowing the gap between these two points of view will be of benefit to the developer anyway).

Viewing play in this way reveals that certain kinds of prop dominate the play of a fictional world, such that their presence almost guarantees that the play will revolve around that kind of prop, while others strongly influence the play such that the flavour of the play is inescapably altered by their presence. These trends occur because certain kinds of activities are more intrinsically rewarding (“more fun”) than others – but for every kind of fun that might occur, there is a player who is effectively excluded when that type of play dominates.

What kinds of prop do we need to consider? There will not be a fixed and static ontology, because there are always an infinite number of different ways of interpreting ordered collections of entities. What prop theory suggests as a potentially valuable frame of reference, however, is the notion of a toy chest – that is, to catalogue the contents of game in question by way of looking at the kind of toys on offer in the fictional world of the game.

If, for simplicity, we curtail our perspective to just first and third person fully-rendered fictional worlds we find something like the schema that follows. Firstly, let us consider the way the player participates in the fictional world from the outside inwards:

The above constitute the principal props of digital games, those elements of the toy chest which are more or less the centre of attention for players. In the other half of this discussion next week, we’ll consider those props that provide the elements of the fictional world itself, and that otherwise condition the play within that world.

Next week: A Play Set for Game Design

I almost have a Plato style thought but I cannot quite articulate it. This is probably something for your next post as you insinuate, but I have the following considerations.

1. An obvious point to make to a game designer as yourself: not all games involve competition, or 'winning'. Likewise, not all games are necessarily on the continuum of co-operation or competition.

The great thing about gaming as a medium is that you can create really unique works which bend our expectations about what a game is, should be, and what our 'way to play a game is'. You sort of accept this point when you say that the different aspects in the 'toy chest' ontology vary.

2. What aspects are in the 'toy chest' (such as whether the player takes an externalised third person doll, first person, or the role of God) defines the nature of perception in the game. This is much analogous to how priming may prompt us to think in certain categories, or how the political discourse of the media limits us to a small range of 'official' options.

3. You've mentioned this in a previous post so I thought I'd tie it up here: the props have a certain sense of canonicity to them. Like moral rules, they can be bent or manipulated. Consider the case of Halo (I'm sorry I can't think of any other games being a Halo addict). Within the confines of the game are the structures such as the game engine and models and AI etc, as well as the props and parameters that construe what makes it a specifically combat, competitive/co-operative oriented game. But then the engine can be used in a non canon way such as machinima.

I totally went off topic, but I think this terminology has much currency for explaining that kind of subversion.

"An obvious point to make to a game designer as yourself: not all games involve competition, or 'winning'."

I have argued this now almost non-stop for about five years - I feel I no longer need to make this point! :) The point of these two posts is to look at how specific props dominate play - and part of that aspect is how certain props imply competition or winning. I think there's more on this next week.

"What aspects are in the 'toy chest'... defines the nature of perception in the game."

Does it? I'm open to this argument, but one could have the same toys and switch between a first person, third person "over the shoulder" or third person top down perspective, so I think there is a 'silent partner' in the renderer which has more say on this front. Perhaps this should also be considered a toy in this line of thought?

The issue of canonicity is an interesting one here... the ability to subvert the game resources is almost a measure of the playfulness of the game - in this regard, GTA outstrips Halo (say) by orders of magnitude.

Ernest once mentioned how Far Cry could easily be a tourist game - if you took out all the fighting. What I'm suggesting here follows similar lines - take out the enemy dolls and the guns and the rest of the props dictate *different* play.... I think there's some interesting possibilities to be explored here.

@Chris: the issue of "perspective" needs a lot more attention, in my opinion (btw, inspiring exchange there, thanks!)

Just from intuition, I propose that I feel being watched while standing in front of the screen of my Wii - weird as I come to think of it.

translucy: the issue of perspective is certainly key to experiential elements of play, and I discuss this briefly in "Imaginary Games". But I couldn't fit it directly into the paradigm I'm using for these two pieces, so I brush it under the carpet somewhat.

Perhaps I'll pick this up as something to discuss after I get back from my "spring break" next month.