Wendy Despain Elected to IGDA Board

International Hobo is proud to announce that our very own Wendy Despain has been elected to serve on the board of the IGDA. Also elected this year was long-time friend of the company Darius Kazemi, while Coray Seifert - THQ's dice-throwing ninja - had his board position renewed. You can read about the election results on the IGDA website.

Wendy will be at GDC this year, and will be happy to talk about issues concerning the IGDA with anyone who corners her. She will once again be hosting the IGDA Writing SIG's Group Gathering, while ihobo's Ernest Adams has a talk entitled Single-Player, Multiplayer, MMOG: Design Psychologies for Different Social Contexts. Chris Bateman will sadly miss this year's GDC, but will return in 2011.

ihobo will take a short break for GDC and will return in April.

Lazzaro on Choices in Games 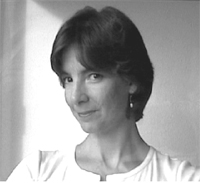 Back in July 2008, I ranted that a game isn’t a series of interesting decisions (contra to the famous Sid Meier quote). Later that year, in November, emotions in games expert Nicole Lazzaro and I struck up a conversation over email on the subject of choices and play while we were working on a book project. The following is a restructured transcript of our discussion.

Chris Bateman: Nicole, in your chapter for the book you claimed that there is a strategic game that players of slot machines engage in, when they try to pick the right machine. Do you really believe there’s strategy at work here?

Nicole Lazzaro: The players in Vegas that I've interviewed absolutely do. (I had to sneak a camera in under my coat!) Likewise the floor managers adjust the odds for different machines. The ones on the end have different settings than the ones in the middle. The reason there is a rolling jackpot above many banks of machines is that players will choose a machine that has not won in a while, “because the odds are better.” But in truth the odds of winning are the same. Like Bejeweled, players engage in a tight activity loop each time they go through an emotion cycle from hope to anticipation to seeing if they won. The simplicity of the choice tightens the activity loop and makes it more immersive.

Chris: It feels to me that you're reaching to maintain the illusion of omnipresent choice behind the pleasures of gambling.

Nicole: From my perspective, we see slot machines evolving and adding new features to create more engagement by adding other layers of fun. Players decide how many lines to play before they spin and often choose when to stop the wheel(s). More choices in the bonus rounds, more lights and video and so forth – I do think that choice is important in slot machine gambling.

Chris: I’m not convinced, personally. Consider this thought experiment: at a particular company, once per month, an employee is picked out of the tombola to win a prize. This lottery produces all the major emotions of play – excitement, fiero (i.e. triumph over adversity), even frustration and potentially relief – but it involves no choices whatsoever. Games of pure chance (Roger Caillois' alea) are not dependent upon choice, although games designed to leverage it still benefit from adding in choice as a mechanic.

Nicole: I see that the play in a lottery as a one-choice game, like rolling a dice. Players make the choice to enter (make a move) and how often. They often develop rituals such as blowing on the dice to improve their odds.

Nicole: Without a choice to enter (or in this case join the company) it's less exciting. But more exciting than joining the company without a lottery, I suppose. In lotteries, people have more fun when they can choose the number they play. They buy multiple tickets and fold up the corners of their business cards to increase their odds. They also play more on “lucky days,” as in “Wow, congratulations on that success! You should go play the lottery today.”

Chris: I suspect if you researched this, the excitement would be proportional to the prize to be won, and not on the existence or absence of a choice to enter…

Nicole: My point is just that there is a role for choice, even in gambling.

Chris: yes, I certainly agree that choice adds to the fun. I guess I’m just challenging you to admit that there is play beyond choice…

Nicole: Can there be play without choice? I doubt it. Making choices is a core element to fun.

Chris: I suppose I would reverse this claim – it seems clear to me that there is play without choice... the playground slide is the clearest example. You can claim that the decision to ride the slide is a choice, but clearly people decide to do anything they do, so this isn't much of a boundary condition as it is tautological. Or you can claim that the slide isn't play, but really, do you want to do this? What do children do in the playground if they don't play?

Nicole: The slide is certainly play. A playground slide to me is pure Easy Fun, exploration and just for the sheer fun of interacting with it. Like a wii-mote or the Danger Sidekick cell phone, it's simply fun to use without a goal. All of these respond to player’s actions.

Chris: But what kind of decision can there be in the case of the slide? The choice interpretation is easier if you treat the playground as one game with choices within it – do I ride the tilt-a-whirl or the slide? – but it becomes weaker the fewer things in the playground... when you get to just a slide, is choosing to walk to the playground really the choice that makes the slide into a play activity? It seems to me that one can imagine play without choices easily enough.

Nicole: Play without choice feels more like a movie than a game to me. Plus, on the slide players decide which way to go down, and how to move their bodies for each turn. Slides are more fun for those who are still mastering basic body coordination.

Chris: Well a slide or a rollercoaster feels more like a game than a movie to me. I wouldn't call either of them games – but I would call them play. But even in the case of games, I would say there can be games without choice – rhythm-action games, for instance. Dance Dance Revolution or Space Channel 5 offers the player no decisions at all (except, perhaps, the option to fail!) and neither do the cruder prototypes for this play, such as Dragon's Lair – that certainly feels more like a movie than a game!

Nicole: I see the nature of most interactions as choices, with movies offering little interaction and so lack choices. Slides are interactive with the player's body in ways that movies are not. Easy Fun contains a lot of free form play (like watching Sims in the pool and so forth). Dance Dance Revolution requires that the player choose what pad to step on at what moment.

Chris: Well what about memory games such as Simon – there's no choice in this game. It doesn't need it. Challenging one's memory is fun (for some but not all players). Simon doesn't need choice for its play.

Nicole: Perhaps we are diverging here because of our definition of “choice”?

Chris: Yes, I'm certain of it. I'm using “choice” as a synonym for “decision”, which then becomes “activation of the orbito-frontal cortex”... you use it in a much wider context. A lot of the things that you call choices don’t seem like decisions to me, and hence the essential disagreement.

Nicole: Perhaps by choice you mean a decision that requires the weighing of alternatives?

Chris: Yes, that's precisely what that particular brain region does, so that's what the term has come to mean for me. I think it's what a lot of people mean when they invoke the Sid Meier quote too.

Nicole: Well in something like Dance Dance Revolution and Simon there may not be heavy strategy, but there is choice. The choices that offer deep decision making map to what I call Hard Fun, and that requires strategy and the weighing of alternatives. Like a good game of chess there are a number of possible moves that affect later gameplay. However, it's not the only way people enjoy games. There are choices around exploration, imagination, and role-play; what I call Easy Fun. Whereas any music and matching game (including slot machines!) creates engagement through a rhythm of choices that I call Serious Fun. Lastly games such as Farmville and Restaurant City on Facebook and other social platforms create engagement because they offer the excuse to interact with friends.

Chris: It does seem like you use 'choice' in a very wide scope, especially compared to my use of 'decision' – which clearly fits into your concept of Hard Fun. I'm rather on my own on this issue, incidentally – I think I'm the only person insane enough to attempt to defend the idea that there can be games without decisions (or play without decisions). But it comes down to where you choose to put your linguistic boundary fences – it's not an objective problem in any sense of the word!

Nicole: A touch of insanity is important for any industry pioneer. I think I was the only person insane enough to turn the camera around and research games by watching player faces. The major reason I self-financed the Four Keys to Fun was to kick start the conversation. It is only by working together that we develop the tools and language about what makes games so engaging. By exploring these linguistic boundaries we develop a deeper understanding of games.

Chris: What are you researching right now?

Nicole: My next research project involves our upcoming iPhone game Tilt: Flip’s Adventure in 1.5 Dimensions. Reducing choice often increases the fun, so for this game I intentionally reduced the decision space to where the character has only four places to be and the game has no buttons. Like Bejeweled and Tetris the basic challenge for every game designer is making simple decisions fun. That’s what I like about designing casual games: the simple choices players make need to have emergent qualities – sometimes this is strategy, sometimes it is the pure joy of using the controls.

You can learn more about Nicole and Chris’ perspective on games in the book Beyond Game Design: Nine Steps Towards Better Videogames, published by Charles River Media, which also contains chapters by other games industry veterans such as Noah Falstein, Sheri Grainer Ray and Richard Bartle.