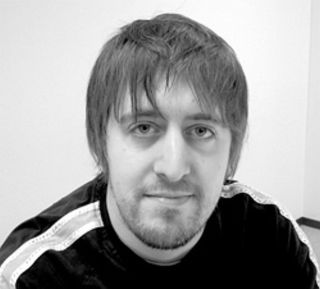 Dylan Cuthbert has been working in videogames for more than twenty years. He started his career at Argonaut, where amongst other things he made the original Star Fox game on the SNES with Nintendo. After working with Sony of America and Sony Japan, he eventually founded his own Kyoto-based developer, Q-Games, one of the few studios in the world to combine Japanese and international talent under one roof. Working closely with both Nintendo and Sony, Dylan’s company has worked on all manner of unusual projects, such as the audio visualisation applications on the Sony PS3 (the “earth from space” is a particular favourite at ihobo). I caught up with Dylan to ask him about his company’s PixelJunk brand, which has already attained something of a cult status.

Chris Bateman: I understand the PixelJunk series was created to explore what could be done with traditional two-dimensional gameplay on a high definition screen. What motivated you to explore this?

Dylan Cuthbert: I grew up learning to program and develop games on the very first 8-bit computers like the Sinclair ZX-81 and Spectrum. The sheer range of ideas and games back then was great!  People didn't care so much about how the games looked, so it let people experiment a lot more in the systems that make a game interesting.  I grew up with all that and started feeling that the games I was seeing around me weren't showing the sheer breadth of creativity that existed back in those 8-bit days.

So, I started PixelJunk to explore what else could be done with 2d, but on top of that I wanted to bring modern technology to the table, and with the advance of HDTV and, more importantly HDMI (that gave us a digital signal and proper colours at last!) we had the chance to do something new again in the 2d arena.

Chris: With the first game, PixelJunk Racers, you had a variety of challenges based around slot car racing, and the second game, PixelJunk Monsters, was a neatly polished tower defence game. What attracted you to the Tower Defence genre?

Dylan: I have always been a huge RTS fan, since the days of Dune and the very first Command and Conquer. Even now I play Red Alert 3 every lunchtime without fail with anyone who is willing to be beaten here at work!  What I saw in Tower Defence games was a chance to bring RTS’s to the regular, casual gaming public in a way that it hadn't been brought to them before.  Right from the start I made it a character based game, and had elements like the dancing to upgrade your towers, and the dropping of coins, all of which worked to give casual players a comfortable interface for what is actually quite a hardcore game.  I think this is why casual players and hardcore players alike really enjoy Monsters.

Chris: Then we come to PixelJunk Eden. The aesthetic behind this game is quite unique, with the strange animated plantlife that serve as platforms, and a trippy electronica score. Which came first, the visuals or the audio?

Dylan: The visuals came first – Baiyon showed some of his art and immediately one of the pictures leaped out at me, and that was a strange collage of spacey plant-life. From that picture we iterated and evolved the look of Eden.  The music came in a bit later, although we were already playing it alongside our earliest demos of the game.

Chris: At heart, Eden is a platform game, but it doesn't play anything like a traditional 2D platformer. Did you begin with the idea to make a 2D platform game, and then come up with the idea for collecting pollen to open seeds that grow new plants for you to jump to, or did the idea for the platform elements come later, after you'd tried some other ideas involving the seeds and plants?

Dylan: I don't like doing anything too conventional, and we started with a jumping "spider" because I wanted to make a game with elements of an old ZX Spectrum game called Bugaboo the Flea that I really liked.

Chris: Bugaboo was never on sale in the States, I think, but it was a big hit in its day in Europe, getting rave reviews back in 1983. Anyone who had a ZX Spectrum tends to remember it.

Dylan: As we implemented the jumping spider idea we found that as the screen got more crowded with plants the spider would keep hitting them, so that's when we introduced the grip mechanic to let the player decide when he wants to just go right on through a plant.  We already had floating "prowlers" in the game right from our very first demo and smashing them to generate pollen was also in there from an early point, but the auto-filling of seeds happened quite late on in the project.  Initially we just had it so you had to collect the pollen as your score, but then it struck us that it would be very fluid looking to have the pollen fly to the nearest seeds around you, overflowing to fill the seeds near them etc.

Chris: One of the unique aspects of the platform play of Eden is the fact you have access at all times to both jumping and spinning on thread, a form of rope mechanics. Was there ever any idea of using the 'ropes' without jumping, or the jumping without the 'ropes'?

Dylan: Initially there wasn't a rope (or silk as we call it) but it was one of the earliest things we added along with the grip mechanic as we iterated the game mechanics and play-tested the game.  It just felt natural to have the silk in the game.  We did do some tests around that point where we removed the silk, but it steadily became integral to the game, especially when we introduced the mechanic that it can destroy the weaker prowlers and collect pollen.

Chris: It’s interesting that you added that later, since spinning to pop prowlers and collect pollen is a basic tactic in the finished game.

Dylan: As I say, we have a very iterative design process.

Chris:  The Grimps, the cute avatars in the game, were apparently a last minute addition. What did you have before, and how did they come to be added?

Dylan: We had a nondescript "blob" and an odd elephant-like creature that stood on its hind legs.  Luckily we settled on the Grimps and I am really happy with the way their "floppy horns" flap around when you are jumping here and there.

Chris: PixelJunk Eden is a lot of fun single player, but you also have a three player co-op mode. PixelJunk Monsters also plays in a great two player co-op mode – which my wife loves, much to my surprise. Is co-operative play something you were keen to explore in the PixelJunk games?

Dylan: Co-operative play is great fun, for Racers of course there is no co-operative play, but I think with Monsters we started realizing how much fun co-op was so we will always try to implement it if we can.  We have received lots of mails from couples, fathers & daughters and so on, who have all really enjoyed playing our games together.

Chris: In the three player mode of Eden, the players get penalised heavily if one of them falls off, as the camera often follows the falling grimp, "popping" the others and causing a loss of pollen. It forces players to work as a team, but it also frustrates players who aren't used to working in this way. Was there an internal logic behind this design choice? (And what is the logic behind the camera behaviour?)

Dylan: We fixed the camera logic in the patch in January, so now it simply follows the highest player on the screen.  Initially we were trying something more complicated because sometimes a leap of faith was required sideways or downwards and the camera wouldn't follow them.  But in the end of the day that motion appears to feel more natural so we simplified it, so now the camera will stay with the players that are highest on the screen, just make sure you grip something.

Chris: That was one of several fixes in your recent update for PixelJunk Eden. Another was making the game easier by slowing the rate that time ticks down, and giving more time for collecting the big crystals. Was this in response to criticisms the game had received for being too tight on the time requirements?

Dylan: Well, the game was a little too difficult so we softened it up slightly; at least the hardcore gamers got their fun out of it before we did that!  I personally enjoy it more at the original hard setting but I'm a bit of an old-school hard-core gamer and sometimes I forget that (laugh)!

Chris: PixelJunk Eden has been entered into this year's Independent Games Festival – I’m not certain, but I think this is the first PS3 exclusive to make it into this competition. How do you feel about Eden being in the IGF?

Dylan: Well, Flow and Everyday Shooter before they were moved to PS3 both won the IGF in several categories so I think it's pretty cool.  PSN is still a fairly new service and it is giving a lot of power to indie devs such as ourselves.  We've also been nominated for the GDC Choice awards.

Chris: So what do you have planned for the fourth PixelJunk game?

Dylan: Something interesting!  It's still secret but it will be something that invokes old memories yet has something completely new and unused before in it too.

You can vote for PixelJunk Eden in the IGF Audience Awards, but the voting ends on Friday 20th March so get your skates on! All the PixelJunk games are available exclusively from the PS3’s online store.